User registration is disabled in this demo.

Please enter your username or email address. You will receive a link to create a new password via email.

Because we strive to meet your needs, simplify your life and delight you in ways that make the everyday memorable, we do our best to introduce you to our community. 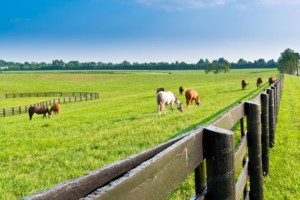 Want to venture out? You’re just minutes from downtown Lexington, you can go for a run or a bike ride at Lake Reba. At Foxglove, inspired living comes in more than just flashes—you’ll find it every day.  Recreation at its finest is found at The Pinnacle for scenic hiking trails just a twenty minute drive into Berea.

Richmond Kentucky is home to Eastern Kentucky University (EKU). Richmond is situated among the foothills of the Appalachian Mountains. The Kentucky River comprises the northern border of Madison County, and it covers a total area of 19.2 square miles .

On July 4, 1798, our city was named Richmond in honor of Miller’s Virginia birthplace. Richmond was incorporated in 1809. The City of Richmond was founded in 1798 by Colonel John Miller, a Revolutionary War soldier. According to tradition, Miller was attracted to the area by the good spring water and friendly Native Americans. That year, the Kentucky legislature approved moving the Madison County seat from Milford to land owned by Colonel Miller.

The move was bitterly opposed by about 300 residents of the Milford, which led to a fist fight between Dave Kennedy, representing Milford, and William Kearly representing Richmond. Although history does not record the results of the brawl, the county approved the move in March 1798 and two acres of land were purchased from Colonel Miller. Court was held in his barn.

On July 4, 1798, the site was officially named Richmond in honor of Miller’s birthplace, Richmond, Virginia.